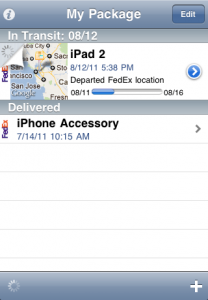 I planned it was released late July but the changes were much harder than I thought.  I will try to catch up version 2.0 development schedule as much as possible and it will be released hopefully at the same time as iOS 5 release.

View all posts by Hiro →

This site uses Akismet to reduce spam. Learn how your comment data is processed.